On December 2014, the Aragua`s governor, Tareck El Aissami, together with the government representatives, re-opened the Bolívar Square in Maracay with an stunning lighting system by Grupo MCI. The total investment for the refurbishment of the 34.000 square meter, was 162 million 673 thousand bolivars (23.5 million euros).

The integral lighting projects of the square was commissioned to our distributor in Venezuela; Altrom, in cooperation with Grupo MCI, by the Government of Aragua. The main spaces to highlight were: two "glorietas", five fountains and "El Liberator" statue.

Many Grupo MCI fixtures have been used for this project, but one of the most impressive ones is the dynamics installation around the main fountain that allows the communication with the visitors through changing lighting colors.

The fountain is located in front of the emblematic Hotel Jardín, where the regional government was placed before. To carry out this installation 342 Ground Liner® RGB, with a wind rose shape, were installed. This installation intents to be a tourist attraction for those who visit the square but also for the enjoyment of the citizens of Maracay.

For the lighting control of the fixtures the protocol DMX was used. This protocol allows the customer to create different lighting scenes following the specifications and requirements.

Finally, to light up the magnificent equestrian bronze sculpture of El Libertador, the Venezuelan hero Simon Bolivar, Square Grazer® were installed. The 'El Liberator' statue is a monument to Bolivar's victory over the Spanish, which resulted in Venezuela gaining its independence in 1813.

Mr. Tareck El Aissami, described the re-opened as "a historic day" and mentioned "the square, well known as one of the most beautiful and biggest in the world, now it honors the work and life of Simon Bolivar." 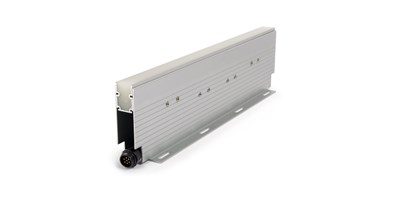