Milan will host the next Universal Exhibition in 2015, taking over from Expo 2010 which was held in Shanghai.

The exhibition will run from 1 May until 31 October 2015, under the topic "Feeding the planet. Energy for life". It expects to gather around 150 countries and international organisations and attract over 20 million visitors, who will take part in a unique and educational leisure experience which aims to actively engage all its visitors.

The first project has been the lightning of 7 impressive telecommunication towers, around 42 meters high, for the Universal Exhibition 2015 in Milan. LedFloodStrip® RGB has been used to light up the towers with a dynamic color changing effect.

LedFloodStrip® I/II are a range of fixtures for indoor and outdoor applications designed to provide decorative lighting effects which are mainly characterized by its small size, low power consumption and easy installation.

LedFloodStrip® I/II are made of an anodized aluminum body with a transparent polycarbonate diffuser. The fixture has silicone end caps to guarantee IP66. The union between luminaries is through male-female connection, providing a uniform and continuous light.

In the latest evolution of LedFloodstrip® (LedFloodstrip® II) we have added new details such as ESCHA (IP66) connectors and the new aluminum profile which offers the possibility to rotate the luminaries up to 180°.

Marco Calzavara, CEO of Calzavara S.p.A, said: "Nowadays telecommunication towers are moving to pleasant, eye-catching, cutting-edge architectures for all to admire. Further to deep studies on their expressive meaning and their role in urban concept, we are giving them a new interpretation as vertical architectures devoted to the beauty, to the memory, to the dream rather than to their mere technologic function. Combining technology and design with the science of light has already given us the opportunity to reach new frontiers realizing design telecommunication towers rising the sky of EXPO Milan 2015. After dark, these technological spires light up, helping to ignite the night of Expo and creating the first cluster of illuminated design ICT towers in the World".

Expo Milano 2015 wishes to be the first Universal Exhibition to be remembered not only for its architecture and activities, but also for its contribution to the debate and education on nutrition, food and resources worldwide. Within an area of one million square meters, visitors will find several themes and learn about the different aspects of the complex world of food.

Milan, the capital of Lombardy region, is one of the richest and the most populous of the transalpine country, as well as the main center for finance, media and information. Its economy accounts for 20% of the Italian GDP. It is also the key node of Italy's industrial fabric. Milan is a great showcase for world fashion and the food and agriculture industry, which is Italy's leading sector. This industry is characterized by its capacity for constant innovation and the competitiveness of its producers, which have enabled a fast and dynamic adaptation to the challenges posed by globalization, offering high quality and added value products.

Milan is very well connected to other Italian regions and surrounding countries, both by land and air. The city attracts countless tourists and offers excellent cultural and natural visits. 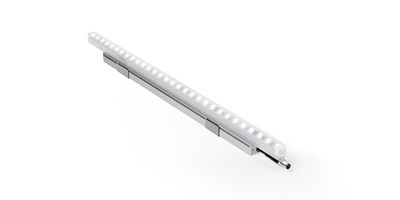